Advance your trumpet skills with these masterclass lessons by Bach trumpet artists and expert music educators.

If you're ready to take your trumpet playing to the next level, you're in the right place. Our outstanding Bach trumpet artist and educator take you step-by-step through some of the most prominent etudes, solos, and aspects of trumpet playing.

In addition to the educational lessons you're provided with inspirational interviews and aspirational performances. 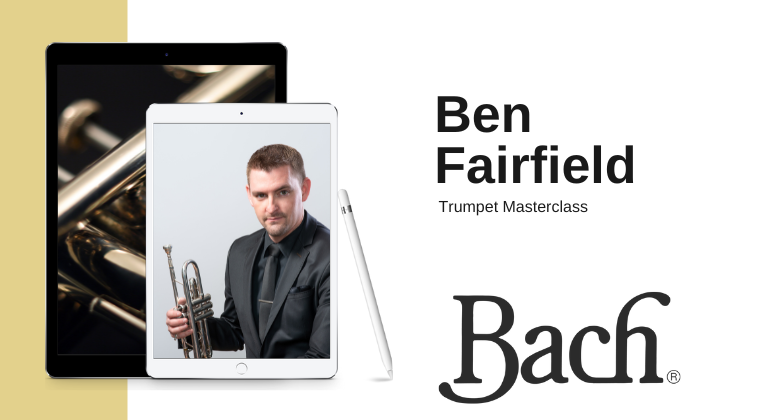 Welcome to the Bach Masterclass with Ben Fairfield. 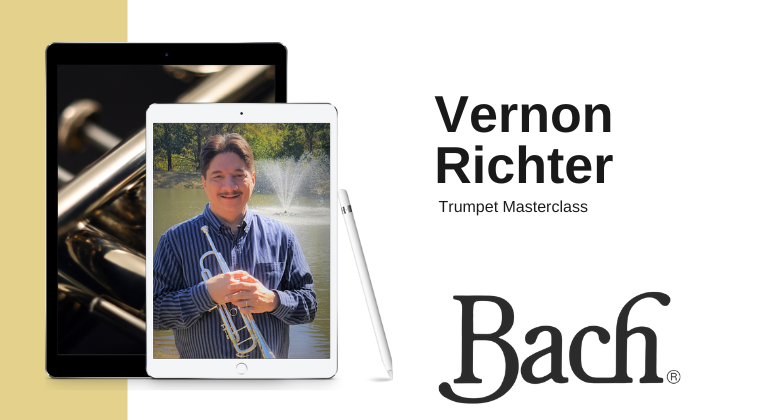 Welcome to the Bach Masterclass with Vernon Richter 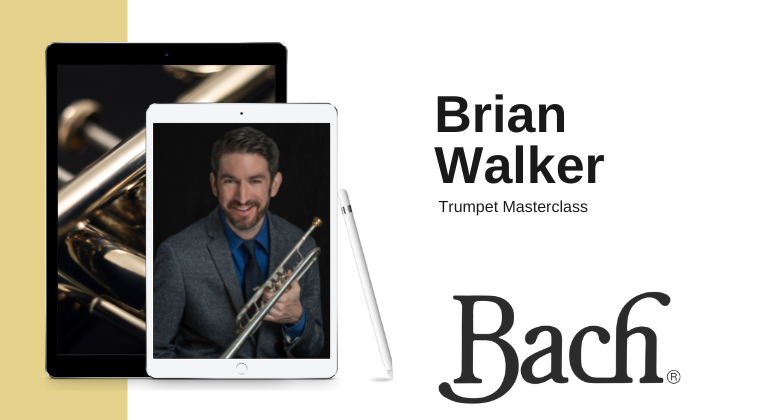 Welcome to the Bach Masterclass with Brian Walker

Aria and Variations by Handel 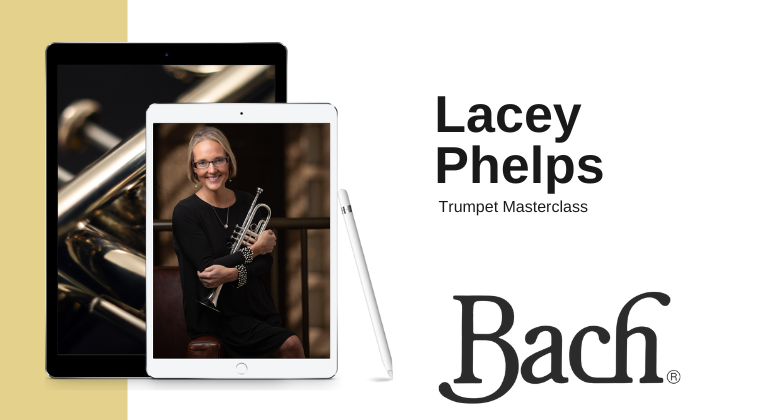 Welcome to the Bach Masterclass with Lacey Phelps 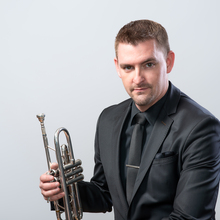 Ben Fairfield is the Principal Trumpet of the Abilene (TX) Philharmonic, Co-Principal Trumpet of the West Texas Symphony (Midland, TX), and a member of the Lone Star Brass Quintet. He also performs as a guest member of trumpet sections throughout the United States. Previously, he performed in the orchestras of the Florida Grand Opera and the Miami City Ballet in Miami, FL. Ben is a veteran of the United States Army, performing as a member of the United States Continental Army Band at Ft. Monroe, VA. He has also performed at the conferences of the International Trumpet Guild, the Texas Music Educators Association, and the Virginia Music Educators Association. Ben resides in Arlington, TX where he teaches students in the Dallas area. He holds a Bachelor of Music Education degree from James Madison University and graduate degrees (MM, DMA) in trumpet performance from the University of Miami Frost School of Music. His teachers include Craig Morris, Gilbert Johnson, and James Kluesner. 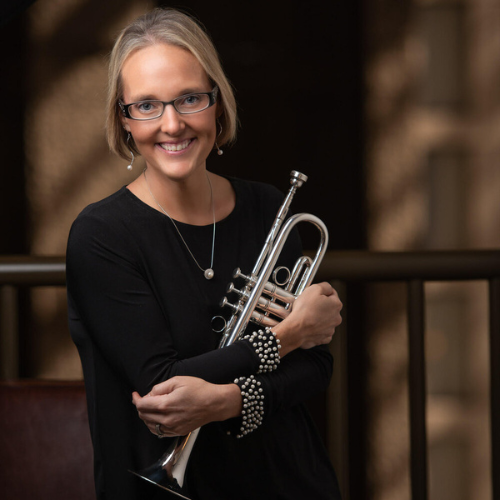 Internationally celebrated trumpeter and musician entrepreneur, Dr. Lacey J. Phelps, enjoys a multi-faceted career as a soloist, chamber musician, and clinician. She is the Director of DFW Brass and has judged for The National Trumpet Competition and performed at multiple International Trumpet Guild Conferences. She previously worked in the Verdi Opera House in Italy, has performed as a soloist with the Sofia Philharmonic (Bulgaria), has played with Johnny Mathis and for Broadway Tours including A Gentleman’s Guide to Love and Murder, Matilida, and An American in Paris. Other notable performances include The Vatican (Rome), Carnegie Hall (New York), Classical Music Festival (Austria), Spoleto (Italy), Spoleto USA, Musica Riva Festival (Italy), Aspen Music Festival, Blue Lake, Interlochen, International Brass Festival (Mexico), Alfredo de San Malo Festival (Panama), Le Domain Forget (Canada), Aldeburgh Festival (England), Festival de Musique (France), and Campos do Jordao (Brazil). In addition to national broadcasts in multiple countries, she has recorded in 11 countries on 3 continents including for NPR’s Pipe Dreams, Glor Music Productions, Lobo Productions, and Hal Leonard. As an educator, she has taught at the collegiate and secondary levels for two decades. Dr. Phelps holds degrees from The University of Oklahoma (BM, BME, DMA) as well as Rice University (MM). 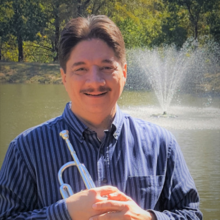 Vernon Richter is a native of San Antonio, Texas and began playing trumpet in Houston, Texas at the age of eleven. His formal education in trumpet began in 1984 at East Texas State University (currently Texas A&M Commerce) as a Music Performance Major.Vernon is active as a freelance musician and adjudicator in the DFW area. He is arguably one of the areas busiest private trumpet instructors with a studio of over 75 students all from Lewisville ISD. In addition to his private teaching schedule, Vernon also conducts weekly Trumpet Master Classes at the award winning Hebron High School in Lewisville ISD. Vernon is a regular substitute with the Richardson Symphony and has performed with the East Texas Symphony, Lewisville Symphony, Mesquite Symphony and Flower Mound Symphony. He resides in Lake Dallas with his wife of 31 years, Dana, and their border collie, Sadie. 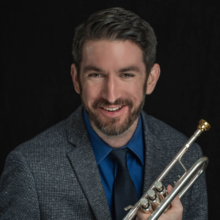 Brian Walker is Assistant Professor of Trumpet at Tarleton State University in Stephenville, Texas. He previously taught at Southeastern Oklahoma State University, the University of North Texas and The Florida State University as well as privately in the Dallas/Ft. Worth Metroplex. He currently teaches a full studio of twenty music major and non-major trumpet players at Tarleton State.Dr. Walker holds degrees from the University of North Texas (DMA), The Florida State University (MM) and Southeastern Oklahoma State (BM). His primary teachers include Michael Miles, Iskander Akhmadullin, Christopher Moore, John Holt, Keith Johnson and Adam Gordon. As a performer he has appeared with many groups in the DFW region including (but not limited to) the Dallas Wind Symphony, the Dallas Opera, Plano, Allen, Arlington, Las Colinas, Irving, Garland, and Dallas Chamber Orchestras.