Advance your clarinet skills with these evergreen educational and inspirational videos from our world-class Selmer Clarinet artists.

Compliments of your friends at Selmer Clarinets.

Take your clarinet playing to the next level with these Selmer Clarinet Artist Masterclass lesson videos. Each course features outstanding musical guidance, techniques and tips, and exemplary performances from the instructors.


This video library is perfect for: 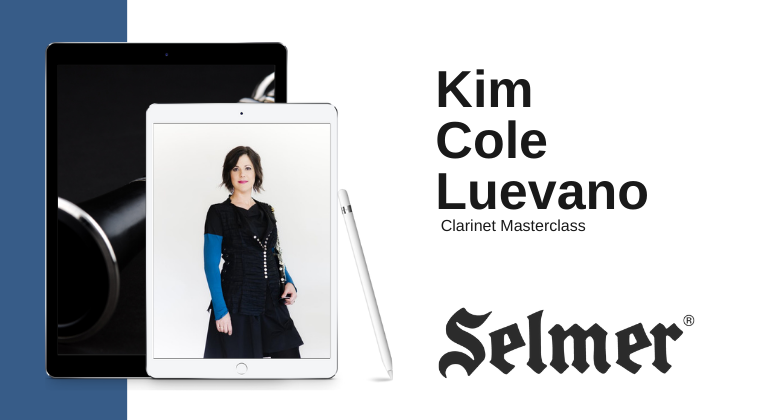 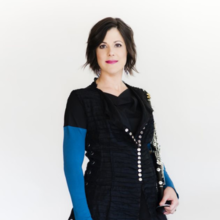 With reviews such as “a most skillful artist” (Fanfare Magazine), “breathtaking…” (The Clarinet), “virtuosic tone and technique”(Tampa Bay Times), “exceptionally sensitive and introspective rendition” (The Clarinet), Kimberly Cole Luevano continually establishes herself as a formidable soloist and chamber musician.  Luevano joined the University of North Texas faculty in 2011 and served as a member of the clarinet faculty at the Interlochen Arts Camp from 2003 to 2012.   She was Pedagogy Chairperson for the International Clarinet Association from 2012 to 2014 and has presented acclaimed solo and chamber performances, adjudicated, and presented masterclasses on four continents. She has performed at the International Clarinet Association’s ClarinetFest® on numerous occasions. Luevano’s students have been finalists in the ICA competitions, and former students now occupy performing and teaching positions throughout the United States and Canada. With pianist Midori Koga and soprano Lindsay Kesselman, she forms the trio, Haven, “….A refuge for the creation of new music for soprano, clarinet, and piano.” Luevano’s disc of world premiere recordings with HAVEN, “Atonement,” was released on the Fleur de Son label in 2015 and was considered in the GRAMMY nomination process. HAVEN recently garnered a 2015 Chamber Music America Classical Commissioning grant to partner with composer Jon Magnussen to create a new work, “Twinge.” Another world premiere CD featuring American works for clarinet and piano, “Bright Angel,” was released in 2013 on the Fleur de Son label to critical acclaim: Naxos Deutschland wrote “kraftvoll und glänzen durch hervorragende Motivarbeit” (vibrant, and shine through superb motivic work) while Sequenza 21 wrote, “their performances are exquisite as is their ensemble chemistry…” An active chamber musician, Luevano is also featured in several other chamber music releases on the Albany and Centaur labels, among others. Luevano, a versatile freelance musician, has performed as a member of the Michigan Opera Theater Orchestra, as principal clarinetist of the Ann Arbor, Lansing, Toledo, and Traverse Symphony Orchestras, with the Detroit and Windsor (Canada) Symphony Orchestras, and with Keith Brion’s New Sousa Band, among others. As an advocate of contemporary American repertoire, Luevano spearheaded consortiums to commission works for clarinet from composers Evan Chambers and Roshanne Etezady and recorded Michael Daugherty’s “Brooklyn Bridge” with the UNT Wind Symphony in 2015 for distribution on the GIA label. Luevano is founder and director of UNT’s summer workshop program for high school and middle school students, ClarEssentials, which debuted in 2011. Originally from Albuquerque, New Mexico where she studied with Keith Lemmons, Luevano studied in Paris, France with Guy Deplus and Alain Damiens as the recipient of a U. S. Government Fulbright Grant and a Kade Fellowship. Luevano also received performance fellowships to the Blossom Festival and the National Orchestral Institute and was a prizewinner in competitions such as the International Clarinet Association Young Artist Competition, the Oklahoma City Young Artists Competition, and the Coleman Chamber Music Competition. She earned graduate degrees at Michigan State University where she studied with Elsa Ludewig-Verdehr and her undergraduate degree at the University of North Texas where she studied with James Gillespie.  Prior to her appointment at the University of North Texas, she was Professor of Clarinet at Eastern Michigan University for fifteen years. Luevano plays and endorses Selmer Paris instruments and is a D’Addario and Company Performing Artist. She resides in Corinth with her husband and two sons.